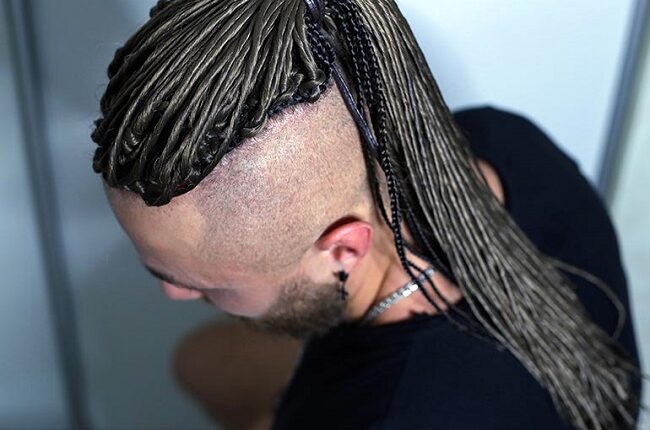 Until recently, male hair care has held only a small piece in the beauty industry. Only a few products were specifically created for men and their care, and these products have been on the market for decades. This lack of variation was not seen as a problem, because men in general did not raise a “fuss” about their hair.

The care of men’s hair had something that women did not need to deal with: facial hair. In practice, this meant not just getting up every morning, old men at the barber showering, shampooing, brushing their teeth, and combing their hair, but also having to shave their beards and mustaches. Shaving took a long time and was lightly dangerous, resulting in bleeding cuts that had to be staunched. The general idea of most men was that “every day I need to get my facial hair scraped off, and then handle the rest of my hair as easily as possible”, not caring about hair.

Hair Styles From The Past

In 1960, the majority of males patterned their hairstyle to what was called a bowl cut. The barber, who cut, modeled, and cared for their hair was also usually a man. Every hairstyle was “back and sides short” with a slight variation on top of the head, depending on the preference or the need (for instance, when a man was balding). The corridor to the barbershop every Saturday was fast and easy. Fifteen minutes and you were headed back out the door. Usually, you spent a long time waiting for your turn than the time you spent with the hairdresser to cut your hair.

But the end of the sixties brought a hair revolution, and the hair of a man was slowly becoming a symbol of his social outlook. Young men were protesting by growing their hair long. Long hair stood for individuality and freedom of thought, in contrast to submission to social norms. The same idea was disseminated by celebrities of the time. These celebrities made it popular among younger fans.

In the seventies, the ideal remained, longer hair remained as an individualistic expression and was as normal as a brief fad for the younger generation. This period also brought changes in men’s hairstyles. Because most hairstyles of the seventies were gender universal men also began using hair products and heat appliances to style their hair. They also found it necessary to use modeling devices, such as hairdryers, to get the look of the popular appearance of the prevailing fashionable hair. There was a “negative stamp” pasted on the use of these devices and products – the idea of taking a lot of time to care for and in styling, the hair was considered “girlish.” Most men did it but denied it, and it simply was not mentioned.

We see a clear cultural change if we fast forward a few years. Men’s long hair was most popular in the late eighties and then got shorter. Fashion constantly changed over the years – sometimes longer and then sometimes shorter. The general picture is that over some time the hair length of the male got accepted by the general public at any length he wants.

After accepting different hairstyles and lengths in men, there was the attitude that a “fuss” about taking care of your hair, was still male. Although it became less reviled as in former times, many men still resisted it. Men with long hair

In the last ten years, companies have increased awareness of human sexuality. The definition of being a “man” has been contested and alternative lifestyles are more accepted. Many prejudices which existed about men who spent time “caring about their hair,” have faded. Nowadays, men realize that if you want to look good, you should do something about your appearance. It is not only necessary to devote time to your hair care; it’s now “okay.”

The hair and beauty industry had focused on the development of hair care products for women and their specific needs for decades (and only made products for them on the market). Occasionally there was a company (which usually made shaving products for men) that put out a male-specific hair care product on the market. These were the same products as feminine products, but with male odors. Indeed, the smells were the main cause of the unwillingness of men to use these products. But these man-specific products were not as good as the other products present on the market, and so the male hair care line never achieved such a level of variety as the female one.

Fortunately, the major hair care companies learned their lesson and used the opportunity of the void in the market to fill it with cleaning products for men. Today we have odorless products, or that have a neutral smell like lemon, which are popular with both men and women. Men no longer have to worry about using a product and the rest of the day to have to smell like “wildflowers” or having a “powder fresh” smell.

The Present and Future

Nowadays men can choose their hair care products the same way that women would. You can decide based on your hairstyle, the condition of your hair and scalp, and the structure of your hair which products and appliances you need. For example, if you have fine hair with an oily scalp, and you choose a short and spiky hairstyle on your head, then you want a shampoo that gives body volume and thoroughly cleans cut grooming. Then you use a light conditioner, plus a styling hair gel that gives your hair structure and makes it stand up, and you probably need to use a hair dryer to get this style. Once your hair is dried and the model is established, you can choose to use a pomade or hair wax to reinforce the spines.

Men no longer have to feel uncomfortable when they buy hair care products, and fortunately, most modern men have no problem buying them. The goal is to look your best, and hair care products are only one method to achieve this goal. So take advantage of your hair and get the look you want, and find the products that are designed to ensure that you get the look that you want. Visit 10shavers.com for buying the latest and best products for Clean grooming.

My name is Laura Henry. I am a fashion designer. In my free time, I write articles about the latest fashion.

6 types of shoes every boy needs in his wardrobe

What is the Best Program to Design T-Shirts?

Tips on how to plan a garden wedding in the spring

novelstyleblog Jan 24, 2023 0
A spring wedding in the garden can offer sun, birdsong, budding spring flowers on the ground and green shoots on…